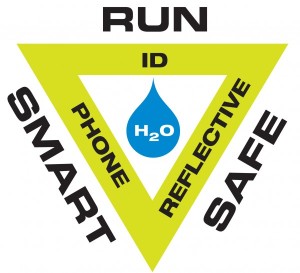 I had the most terrifying experience I have ever had in my life. First, let me start off by saying, everything is fine, I’m alright and not hurt. But I’m still scared out of my mind.

I was running along a path I’ve taken a few time before. It the Platte River trail that runs through Denver almost along I-25. Like I said, I’ve ran this trail before, and there’s always a lot of people around or not very far. It goes through parks, and under numerous bridges. There are some sections that are a little creepy, but there’s always people passing by within a few minutes. I usually have felt safe running it in the past. It’s actually a pretty trail, but I don’t think I’ll run it by myself ever again.

I was out for a long run today; it wasn’t as crowded as normal because it’s cloudy/gloomy today. I was probably 2.5 – 3 miles from home and was grabbed by a man sitting along the trail. Nothing like this has ever happened to me and I never thought it would. It was mid-day and a busy trail. I did see the man sitting on the edge of the sidewalk, but thought nothing of it. There’s always people sitting along the trail. I was running as the man stepped right in front of me so I had to stop in my tracks. I reached up to take the headphones out of my ears and was trying to get away – to be honest, I thought he was going to ask me for money. I think I said something like, “leave me alone” and tried to get around him, but that’s when he grabbed my shoulders! That’s the part that really scared me. I twisted out of his grip, threw my hands up and turned around to run away. Just then a biker came around the corner and must have saw most of it and said, “Hey! what’s going on!” the man that grabbed me sat back down or something – I’m not sure because I was running back the way I came. The biker caught up to me and asked if that man was trying to grab me. I said yeah, and we stopped and called the police to report it. I thanked the biker over and over for his help. I don’t know what would have happened if he hadn’t ridden around the corner right at that moment.

When I run long distances, I run with my phone. So luckily, I had that with me. Unfortunately, my phone wasn’t working!!!! UGH!!! It wouldn’t connect my calls for some reason. So the biker called 911 from his phone and we reported the incident with a description of the man and both of our names and numbers. I wonder if the police will follow up with the complaint. I doubt the man was caught or anything, but I worry about the next girl to come running around the corner.

I just wanted to pound in your brains safety tips, even though I’m sure you’ve heard them all a hundred times before:

1. Run with your phone! Especially if its long distances or an unfamiliar trail. When I just run the lake right by my house, I don’t usually carry my phone unless I want to MapMyRun, but I’m probably going to start carrying it even on short runs. I know a lot of you don’t like running with your phone, but I just ignore calls/texts while running and stream Pandora Radio.

2. Carry identification. I had my phone, which has my emergency contact info in it, but I started thinking, I have a password on my phone…how would anyone get to that info!? I’m going to purchase one of those Road ID bracelets now. I’ve always wanted one, but now I REALLY want one.

3. Tell someone you’re going for a run. Anyone! Or leave a note.

4. Try and find running buddies. This one is hard for me. I don’t have any running buddies, but I might look into a local runners club and see if they do long runs on the weekend to run with.

5. Be very aware of your surroundings! Nothing like this has happened before, but there’s always been the creepy man sitting on the side of the path that shouts something rude/disgusting/cat calls or whatever, but I just ignore it and run on. This seemed just like that. There was a man sitting on the side, but this time he got up and grabbed me. Just be aware of the people around and prepared for anything and trust your intuition!

6. Maybe carry pepper spray or a whistle. I’m searching online right now for a small pepper spray I can carry while running or to hook onto me somehow.

7. People always say not to wear headphones when running…but that is sooo hard! I have to have music when running. So, run with the volume down so you can hear your surroundings or if someone approaches you.

8. Avoid unpopulated areas. I feel like this is a duh. But when you’re out for a run, and you just in the zone, you may not be paying attention to where you are. Which brings me to another point: Know where you’re going. I usually plan my run before I lace up my shoes so I know where to go.

9. If you run at night, wear lots of reflective pieces on your clothing. And definitely, definitely if you’re running at night, stay where it’s super crowded.

10. Run against traffic if you run in streets. That way you can always see the cars! Don’t expect them to go around, drivers are crazy.

I know you all have heard these over and over and over, but you never know! I never thought anything would happen. I’m glad nothing major happened, and I’m SOO glad that biker came around the corner when he did but I sure am startled and terrified!