Ok, so maybe I’m a little bit behind….I actually wrote most of this on monday and then got distracted and never posted it, then I got busy, and now, here we are! 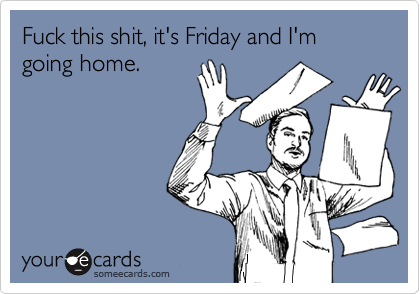 This is about how I feel today.

Anyway, I’m really glad I did the Turkey Trot Last week; it really put me in a running/racing mood. Like I said before, I’m starting to plug tentative races in my calendar to figure out ones to do for next. Considering doing my own 13 races in 2013 as well or maybe at least just a race a month….which I don’t think would be too hard, considering I actually did 14 races this year – and might be doing another one…..Ugly Sweater Run anyone???

It’s still back to basics with me though. I’m trying to build up my strength in my ankles and knees. I found this on the Runner’s World website and found it very helpful/informative: Inside The Doctor’s Office with Dr. Jordan Metzel: Runner’s Knee.

I’ve been lifting 3 to 4 times a week still and running 4 to 5 times a week. I’m definitely not as motivated to do long runs without the incentive of a race to train for, so I NEED to find one to train for! Races really drive. I do LOVE running, just in general, but there’s something different about actually training and racing. Even when you’re not that fast or winning prizes, the competition of a race (against yourself) and the training is a feeling that’s unbeatable.

The biggest thing that’s going on for me right now is deciding where to take my career. I thought I was pretty set on going to this program called NPTI in colorado for personal training. Out of all the in class programs, this one is the best. I eliminated online courses because a) I’m not good at self motivating for online classes/book learning and b) I would not feel comfortable walking into a gym having never physically practice training.

So, I know school would be the right route for me. However, I do want to go back to a university and get a masters in something like sports nutrition. I think that would be a blast; to work with real sports teams and athletes.

After talking to SO MANY people, my decision keeps going back and forth! I keep getting new info and I’m having a really hard time deciding.

So the NPTI program starts in literally 3 days (although I have till the end of the first week to decide to attend). The next program they offers doesn’t start until march. It’s a 6 month program. The only thing about starting in march is that it would end in the middle of a fall semester at any university….which would make it so that I can’t either start an masters program or even go to school for any pre-recs I would need for a masters program.

I was super set on NPTI for awhile, then I found a bunch of reviews online saying it was a scam and blah blah. Which freaked. Me. Out. There was a bunch of good reviews, but they were quick and short. The same person kept commenting on all the good reviews wanting to know why they thought it was good and saying they were generated from NPTI themselves. Maybe he was just angry that he didn’t do well and blamed his lack of studying on the school, I don’t know. So I went to my gym, and after my workout, I asked to talk to the hiring manager. I explained to him my idea of going to school and then told him about the negative reviews. I asked if he had two personal trainers with the same cert but one had NPTI before their cert, would he look at them different. He did say yes (depends…some people come from having a associates or bachelors degree in a related field and just straight up take the CPT test) and that NPTI grads come out very educated. He also said he goes to the school to recruit trainers before they graduate..so that was good info to hear.

Then, after talking to my ex that actually went to NPTI, he suggested not wasting my time/money on NPTI (he said the program was great) but that I should just get started on the nutrition thing. My reason for doing both NPTI and a university was so that I would have a personal training job through the masters programs, because that would be 2 to maybe 4 years that I would need a job to support myself. Although, his argument was that when he was personal training, he was just living paycheck to paycheck, and there wasn’t enough people coming in to pay for sessions. He said, I have a part time job at Dick’s, could find others, but it’s basically the same thing.

I don’t know if this would be true all over the country or if maybe he was just not motivated enough to get another PT job at a different gym as well or what. In any case, maybe I would like to just be a personal trainer because it sounds fun. And I could do BOTH in the sports world…train athletes and sports nutrition.

UGH! It’s really frustrating. Any other opinions are greatly appreciated.

Although, I did spend a good night de-stressing at a show earlier this week….check this video out, this is who I saw…..this is seriously what I listen to, believe it or not. Although, I do listen to other, more mellow stuff as well!

If you ever have wondered what it's like doing stuff with a toddler...it's kinda like this. All the time. #toddlersarecrazy #parenthood
Not every run can be a "feel human again" run but each run can have its own unique magic. I may walked a lot of this run but I got to do it wil this little booger (and his doggie). #settingagoodexample #familyrunners #optoutside #womensrunning
Today I had one of the best runs I've had in awhile! That "feel human again" type of run!
All by myself! Ben off working, kiddo with Grandma! Woooo! Time to run, all by myself! #momlife #runninglifestyle #goldenco
For the last year or so, we've really taken to going on lots of family walks. They may have started as a way to get outside when the stay at home orders first were issued last year, but we continue to make sure we get on walks a couple times a week! #familytime #walkabout #optoutside #goldenco
New kicks. But no one asked me if I could run faster in my new shoes!😪 #newshoes #tacklinggoals #asicsrunner
Stepping into the new year with some healthy family fun! Layton is holding his hand out for a fist bump. #poundit👊🏽 #runnerscommunity #familyrun #newyears
Top 9 posts of the year! #happynewyear #familylife #runninglifestyle
Oh! A run! Huh! I haven't done that for while. It wasn't very long but good to get outside. Also, I suck at dressing myself for winter running. Swipe left to see how I started my run!