I hope everyone’s weeks are going well! Clearly I’m in a good mood…let’s see what I’ve been up to since the last UPDATES from July.

Well, I’m definitely doing better with posting regularly. I’ve posted a few reviews including the Running Encylopdeia and the movie, “Running the Sahara.” And I’ve also caught up on a few race recaps (Like Ragnar Trail and the Father’s Day Classic run), although I have a few left still.

What’s remaining? After the Father’s Day Classic I did the 3W Neighbor Fun Run (which I did write about already) and followed up with the Heart and Sole in Boulder, CO. That was followed by 4th of July Weekend where I worked for Kashi in Snowmass at the Wanderlust Festival. That was a blast, and that’s pretty much where I left off.

-In July, I did the Road Runner Sports Adventure Run. If you have one of these in your area, you should definitely participate. At the start, you are given a map of checkpoints. You run to as many as you can to collect raffle tickets that you end up putting in a huge bucket to try and win awesome prizes – like new shoes! Hence why I was interested. It’s a lot of fun. The one I did even included a slip and slide!

-July’s long runs put me in the double digits, making me run 14 miles and 15 miles.

-One weekend I got to go to a local concert called Channel 93.3’s Big Gig where I got to see a lot of bands like Panic at the Disco, American Authors, Brick and Mortor, Ms/Mr, and many more! I got to spend the day with my dear friend Amy which is rare since she is the first of all my friends to have a baby! (Let it be known, this is the only baby I actually like).

-The weekend after that was a double race weekend. On Saturday, July 26, I was the warm-up trainer for a local racing company’s Dog Days Half, 10k and 5k. In exchange, I got to run the 5k and I placed 3rd overall female! Race Recap to come soon.

-The next day I ran for the company I’m an ambassador for, 3W Races, and did the Prairie Dog Half. I ended up placing 3rd in my age group, but not without a price. I ended up getting really horrible knee pain, in the side (tight IT band) but now that pain has dissipated and I have some pain behind my knee, in the tendon; possible tendonitis and probably from tight calves and hamstrings. I’m am trying to fix it. Ugh. #runnersproblems …… 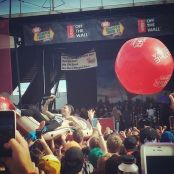 -I may have aggravated the knee issue by walking around the Denver County Fair all day Saturday and jumping around all day at a concert (Warped Tour with my friend Rob!!!) on Sunday last weekend….

-But it’s not a debilitating pain, so this weekend, as already planned, I am running the Ragnar Road Colorado!!! I am super excited and have been looking forward to this for a while! I am the first runner, starting at 8am from Breckenridge all the way to Snowmass! (This will be my 3rd time there this summer). One of our team members is injured, so I picked up an extra leg of the relay and am doing four separate legs – we’ll see how that goes – I’m doing a total of 25.7 miles!!!! So, this is scheduled to post at 8am, Friday morning right as I start my first leg of our relay!!!! 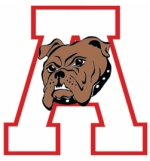 -Since the last up dates post, I have been officially hired as an Assistant Cross Country Coach at Arvada High School, my alma-mater! I actually volunteer coached last year to gain experience and due to changes at the school they were able to hire me on this year! So excited, you don’t even know!

-In addition to that, I no longer work at Prestige Fitness, a mutual decision really. I wont get into it. I was upset at first because the few clients I had, I loved (I was training a few kids for starting cross country in addition to others), but I realized that place is not for me. I love fitness and training and I’m a huge gym rat, but my career goals are not inline with those of what that gym wanted for me.

-I have been picking up a lot of promo gigs here and there. I am now a Jager Girl (laugh all you want, but it’s good money!) and next week I will be posing at Mr. Peanut at a back to school convention event. You may laugh at that too, but I think it sounds like a blast (and I’ll get paid very well).

I’ve been having a blast, if you follow my instragram, you’ll see how I can’t sit still and I’m always on the run – sometimes literally!

I’ve been reconnecting with old friends, new friends and just trying to have adventures! I’ve been a to some big concerts, fun running events and just hanging out playing trivia.

YOUR TURN! What’s new in your worlds??

4 thoughts on “Updates – Off to Ragnar Road Colorado!”