I know it’s been awhile, but I’m just going to pick back up like I’ve never left blogging.  I just got back from an amazing road trip with my boyfriend, exploring places I’ve never been and getting good use of my National Parks pass. Be on the look out for that post (fingers crossed that I get to it before 2017) but, given that it is almost the end of year, it is time to take a look back on 2016!

If I could sum up this year in one word it would be: “Sleepy.”  “Stressful” would also be a good pick or “busy,” or even “chaotic.” That should give you an idea of how 2016 broke down. I did a LOT of fun things, that’s for sure, but also had a lot on my plate as well.

I traveled a ton, visiting at least six National Parks, not including the National Monuments we saw, and was in about 10 different states this year!

I started a business with my boyfriend (now that’s a whole new adventure in and of itself). Check out Golden Mountain Guides if you’re visiting Colorado or live here and want to try climbing!

Meanwhile, I have kept my other jobs (minus personal training at the rec cent) because as any new business owner knows, the first year or two is TOUGH and we’ve got to eat, ya know!

At my full-time jobs, I started training as a race director and continue to coach Cross Country and Track.

Here are a few highlights from the year….. 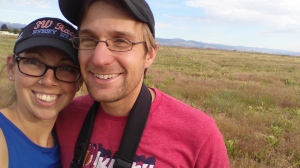 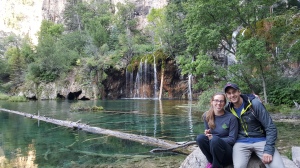 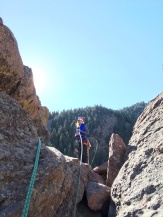 And now we’re in December….

It is also time to check up on the goals I set at the beginning of the year….

I did not get this far in my training. Yes, I ran a half, but was very under-trained!

-Cruise the trails! I want to run at least one NEW trail a month!I’m 90% sure I ran on over 12 new trails this year, but I did not keep track, nor did I write about them.

-Run my first TRAIL race! YAY! Check that off a few times!

Yeah, I stopped keeping track for many reasons, more on that later, but I don’t think it was that many miles. I’m not that bummed about missing this goal. Running was super strange for me this year.

-Check off a race in a new state! CHECK! Washington

Yikes. My strength training was non-existent this year.

-Just keep working hard and learning more about working in the running industry. I am a race director in training!

-Visit at least TWO places in Colorado that I haven’t gone to before. Check! I did some different hikes in Rocky Mountain National Park and some trails in Breckenridge!

-Visit at least FOUR new places OUTSIDE of Colorado that I haven’t been before! Check, multiple places in California, Mt Rainier, Twin Falls, Idaho and all over New Mexico. Way more than FOUR places!

-Get a little bi… I definitely eliminated some things, but still have more goals in mind….finances STRESS ME OUT! Did you know that 40% of millennials don’t have current plans for retirement, and 73% don’t know their net worth! I DON’T!

Oof! I’m exhausted from writing all that! How did your 2016 shape up? I hope you are all having a great Holiday season!

Getting ready for the holidays and cutting our tree!

🍂 Can't get much better than this! A fall run through Bear Creek Lake Park.🏃 😍 #coacheslife #gorams #runninglife #autumnleaves
Medal Monday! Virtual 5k @dcwonderwomanrun
I did my virtual @dcwonderwomanrun "race" today. It went like this:
Fall weather is my favorite! Cooler temps mean more training miles for me! And having this cutie patootie along helps as well.
Tiny Town with my Tiny buddy! He had so much fun! The Choo Choo was his favorite part! #familytime #familyadventures #explorecolorado
Now that I'm running again, I'm looking for races to run! First up, I'll be doing the virtual DC Wonder Woman race presented by Echelon @dcwonderwomanrun ! Want to join me? #WonderWomanRun #bibravepro #bibchat
First few weeks of the 2021 cross country season down!🏃‍♀️ Sunrise runs, trail miles, times trials, and our first meet. 🌄 I love this part of the season as goals are made, summer turns into fall, and everything falls into place. #coaches life #crosscountry #xc #justrunning
I'll just leave this right here for you... #rainbows #goldenco #visitgoldenco #coloradolife @visitgoldenco
Good morning from the start line of the Holy Cow Stampede. After a rough morning getting here, this sunrise makes up for it! #sunriselover #workingmom #morningmotivation