Hiking at the Apex Trail

I was going to call this post “quarter year updates,” but then I did the math and realized that wouldn’t be quite right. Where did the months go? I haven’t been able to write on a consistent basis, but here’s just a random, popcorn list of what’s been going on:

Golden Mountain Guides
-Many of you know I own a climbing guide business, Golden Mountain Guides, with my boyfriend. We are just starting year two of business!
-The year is starting off better than last year, but not as good as we hoped.
-We’ve hired a couple new guides and we’re doing anything we possibly can to market our business (and researching new ways.)
-YOU can climb with us if you want! Check us out online or when you visit Golden, CO

3W Races
-Still going well! I have been assistant race director a few more times and we’re amping up our marketing plan.
-Our next race is this weekend, the Skirt Sports 13er/10k/5k on June 4th!

Coaching
-Track season is was kept me busy and off of the blog. I was at Green Mountain High School again coaching the long and triple jump.
-It was a great season. Many athletes made it to the state competition and I had two jumpers just inches away from qualifying for state. INCHES! Keep in mind only 18 people go to state in either competition and they were inches from it.
-With my triple jumper, she had a great jump of a distance that would have put her in state but it was disqualified due to win. My long jumper has one more year and I’ll get him to State for sure next season! 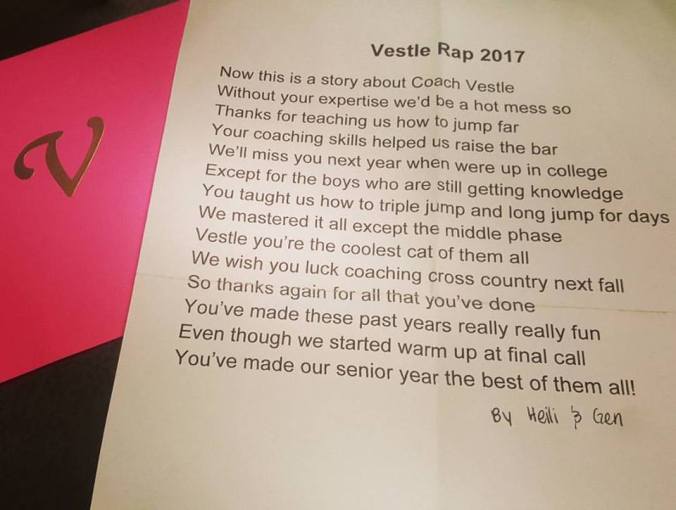 Cross Country Season coming up…
-During track, we got word that the head coaches wouldn’t be able to coach next year. That left the head coach positions open (and the scary idea that any new person may not keep me around). However, two of my friends and fellow assistant coaches got the job. Yay!
-With the switch around, I get to stay for jumps coaching during track season and it left another spot open on the cross country coaching staff as well. I have officially accepted it and will be moving from Golden HS to Green Mountain for BOTH the cross country season and track season in 2018!
-I love this idea of being at the same school for both seasons, but it wasn’t an easy decision to make. The kids and other coaches at both schools are amazing.
-Summer running for cross country starts in June and then the season starts in August.

10Hikes.com
-I landed my FIRST freelance writing job with this company!
-I have been writing about the top 10 hikes in the Denver region and having a blast on the beautiful trails.
-I’m super excited about this and will be doing the best job I can. Follow me on Instagram for my latest hikes. 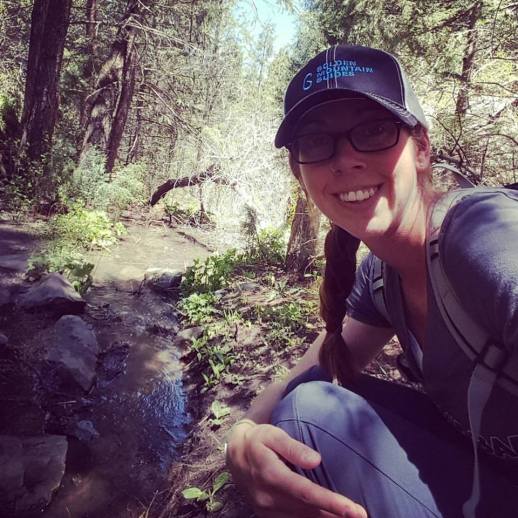 Running:
-Since the beginning of the year, I have been trying to get my running back up. It’s been hard, so difficult,  mostly due to motivation.
-For the first few months of the year, I was running about 2 to 3 days a week. I bumped it up and up and now I’m up to running about four days a week, on average.
-A lot of this is due to having a few goals in mind (I’ll announce soon!)
-It’s also due to finding this AWESOME app, Zombies Run! It’s a blast and I find myself thinking about when I can “play” next, i.e. run!
-I just ran the Bolder Boulder and will be doing Ragnar Trail Relay in Snowmass in a couple of weeks.

Other Fitness:
-I started lifting again! I am training for something great and I starting lifting weights, doing plyometrics and other strength training. It’s fun, I’ve missed being a gym rat, but I’m pretty much starting over again and that is hard and disheartening.
-I do CrossFit every once in awhile (my boss at 3W Races also owns Trailhead CrossFit, so I work out there sometimes) and did the Murph workout for the first time. I have been reading (listening to book on tape actually) Lone Survivor in honor of Memorial Day and the Murph workout is in honor of Lt. Michael Murphy. It was a brutal work out and I’ve been sore for days now. Learn more about the Murph WOD here.

#60HikesDenverChallenge:
-Still going strong, although I’ve only done 14/60 hikes, I’m still trying to knock them off this year. I still have a few that I’ve finished but haven’t written about yet.

-I’m sure you all heard about the massive hail storm in Colorado, right? Well, I got stuck in it while driving on the highway and accumulated more than $8,000 in damage on my nice new Jeep. I miss my Jeep and can’t wait for it to be fixed and back!

-I’ve been trying to hang out with friends as much as possible but it’s very far and few between with everything going on.

-I turned 30 somewhere back in there. I didn’t do anything too exciting, just hung out with family and a few friends. I did get a Zombie cake though and tried a zombie themed escape room! We didn’t escape but it was pretty awesome.

The Zombie is eating me

-I did get to have a little fun a few weekends ago for my boyfriend’s Sister’s bachelorette party! #Being30WhenEveryoneElseis25orYounger

Now that I’m all caught up; what have you all been up to?