I know it’s way worse in the Pacific north-west, but this is our air quality for the last few weeks here in Colorado. It’s gross and makes running outside way more difficult.

Like a lot of bloggers, I’d like to regularly do “updates” posts talking about what’s going on, keeping me active on the blog and doing general updates related to my blog. Ideally, weekly updates posts would be relatable for people, but that might be too ambitious for me. I have tried this in the past without much success. So, twice a month to start, I’m going to try to keep some updates including current likes, obsessions, books I’m reading, tv shows I’m getting into, updates with each job have, etc.

If you’re up to date from my last updates post, you’ll know we are officially moved into our new place. It’s been quite the adjustment as we are still in the middle of renovating and basically living amongst boxes in two of the many rooms in our new house. It has been nice being closer to main downtown Golden and we have been walking around a lot when we go out to eat or just want some ice cream at the local shop, Golden Sweets.

The good news:
-Our office is officially done and almost set up in terms of unpacking the office boxes!
-Our bedroom is ALMOST done. We have stained and finished the floors and are working on the baseboards. Once that’s done we’re done with that, we can move all our bedroom stuff in there! 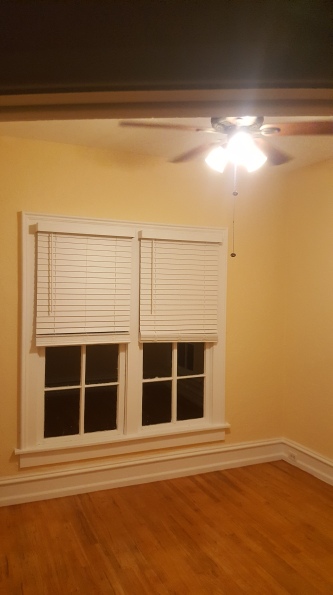 Making lemonade out of lemons:
-Becuase we don’t have a working shower, we have been using our gym membership at the local climbing gym, Earthtreks, to take showers. I feel really weird going in there without working out, so, I’ve been working out a ton more! After cross country practice, I’ll head over the gym, do some strength training or rock climbing and then get my shower in. Healthwise, I’m feeling great, looking great (I guess), my running is getting easier, and I’m actually getting to climb a lot; something I haven’t been able to do for a while. Schedule-wise, it’s a pain in the butt because I then get home a lot later than I’m used to.

The first half of August was just normal as I adjusted to the new living quarters and cross country season started, but as the month has gone on, it has gone exponentially busier. I did get a chance to meet up with a friend of mine and hike up to South Table. It was nice to catch up with her and get in a hike, even if it was just across the street from our house.

New/current happenings in the world of Golden Mountain Guides:
We hit a tiny bit of a slow down with school starting but then it picked right back up this week. Earlier in the month, I helped guide a group of ladies for an Intro to Rock Climbing clinic. We also had a free clinic last Wednesday on Self Rescue techniques that should pull out some clients! Marketing for the win! 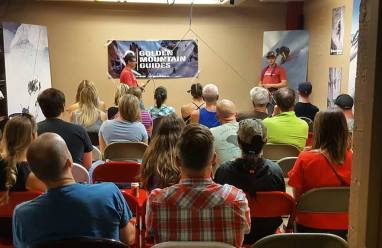 New/current happenings in the world of 3W:
The first half of the month was just normal 3W work and timing one of our races, but starting this weekend, it’s about a month straight of race directing and/or marketing events every weekend.

New/current happenings in the world of coaching:
The season officially started on August 6th and we practice 5 to 6 days a week. We’ve been hitting the streets and trails pretty hard but we also like to throw fun things in there like our water relay!  Our first scrimmage/meet is this weekend with our own fundraiser event, the Ram Run 5k on August 25th. I, unfortunately, can’t be there since I have to load a truck for a race for 3W, but I’m excited to see what the kids can do.

YOU can participate and help our program out! REGISTER here for the local event in Lakewood, CO or do the RAM REST (basically a “virtual” or a way to show your support and get a t-shirt!). Just put you want to support Cross Country! 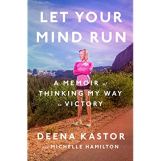 What I’m reading:
I just finished up “Let Your Mind Run” by Deena Kastor. I highly recommend this for runners! It was a great read about resetting how you talk to yourself and ways to motivate yourself. I am already using pieces from this book and applying it toward my coaching. I also just finished “Dragon Teeth” by Michael Crichton. I am a huge fan of Michael Crichton and this is the third book to come out after his death. This book wasn’t my favorite of his, but it was still a fun read about the old west and the hunt for dinosaur bones!

What I’m watching:
Um…. we haven’t been watched much tv/netflix at this week, mostly because we moved the computer into the office finally and haven’t set up the tv. I do put on movies in the background while I work on stuff sometimes and for the past two years, starting at the very beginning, I have been watching every Disney movie. Yes, seriously. I’m up to the 1970’s and this week I watched Hamad and the Pirates and The North Avenue Irregulars.

This goal was started after a trip to Disneyland and I became fascinated with the Disney corporation as a whole. Actually, I’m not the only one that does this! While searching for some of the old movies, I came across a Jess! She’s an aspiring movie director/producer and is also watching every Disney movie and started a YouTube Channel to track and review all of them! Check her out and follow Every Disney Movie Ever; she’s adorable and educated about film/movies. I love her reviews and comments on the actual movie quality, new techniques, and overall movie opinions.

What I’m listening to:
I’m still trying to get through all of the Bib Rave Podcast! I’m almost there (I have a 30-45 min commute to work, to job #2 of the day and then home)! One I really enjoyed lately was about ice baths and icing in general! This hits close to home for me as icing chronic pain/injuries is a very common practice of our athletic trainer at the school I coach for and most studies these days are saying icing daily is actually preventing healing. I’m of this belief too and this trainer’s practices with our athletes is becoming a point of contention!

Noteworthy:
I’m running the Fortitude 10k in about two weeks! Check out my blog post on why I’m excited. Join me on Labor Day in Fort Collins! Use coupon code: WWINF15 to save $5! 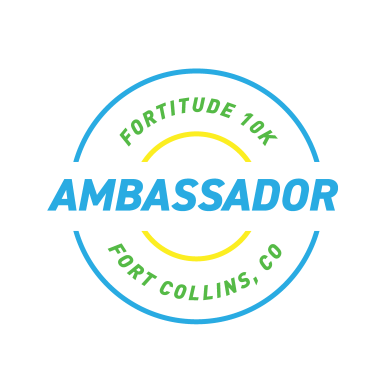 One thought on “1st Half of August Updates”