We are already into the second month of 2019…. but it’s not too late for a 2018 recap, right!? I’ll keep it simple since I never did get my last updates post out at the end of the year.

2018, to say the least, was pretty chaotic and stressful. It wasn’t the year we hoped for, Ben and I, and we didn’t get to do all the things we wanted to, but that’s okay. Sometimes that happens. We worked a lot, A LOT, moved into a work-in-progress house, dealt with business stresses, and got some news that will change the rest of our lives! I’m not even going to look back on the new year’s resolutions that I set at the beginning of 2018 because I know I barely checked any of them off.

Here’s to 2019 being a new adventure with no expectations! There won’t be a New Year’s resolution/goals post to follow. I have no goals for the new year since it’s all up in the air!

January
-Starting off strong with lots of working between 3W and Golden Mountain Guides
-I took a scuba diving lesson. I didn’t like it. Scuba diving might not be an adventure activity I get into ever.
-Saw Silverstein at Summit Music Hall (my favorite band).
-Went horseback back riding in Estes Park! That was pretty fun! 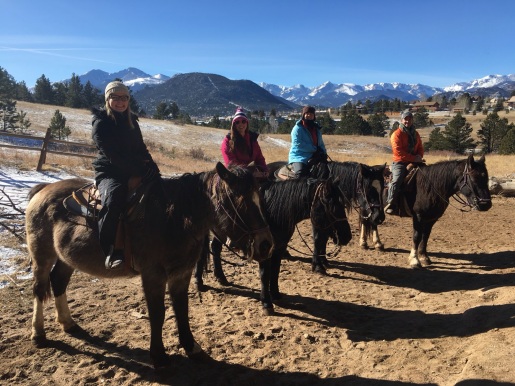 -And whet snowboarding in Steamboat Springs!

-I ran the Red Rock Half Marathon (one of the hardest half marathons I’ve ever done!)

March
-Nothing too crazy exciting. Track is in full swing (at least five meets this month), I worked three races with 3W Races, and a bunch of Golden Mountain guides things and meetings.
-I get accepted as a BibRave Pro!

-I start learning how to chip time races.

-I visit Fayetteville, AR for my Grandpa’s funeral but get to see cousins I haven’t seen in a long time!

April
-My birthday month!
-I went to Moab for a Golden Mountain Guides guided trip.

Those are naked people doing a photo shoot. In climbing gear.

-As I’m looking at my planner, I see so much ORANGE (my color coding for track meets). There’s 8 meets this month! Geez! 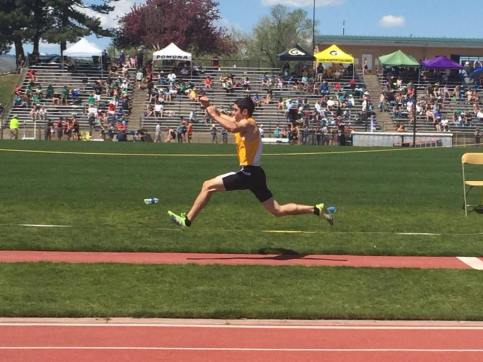 One of my Triple Jumpers. Look at the double arm action! #proudcoach 🙂

May
-A friend’s wedding!
-Track finished up with State (we had a handful of athletes make it in!)
-Ben and I climb in Eldorado Springs (one of the many times in 2018).

-We have a team BBQ with our Golden Mountain Guides staff.
-Ran Bolder Boulder again. 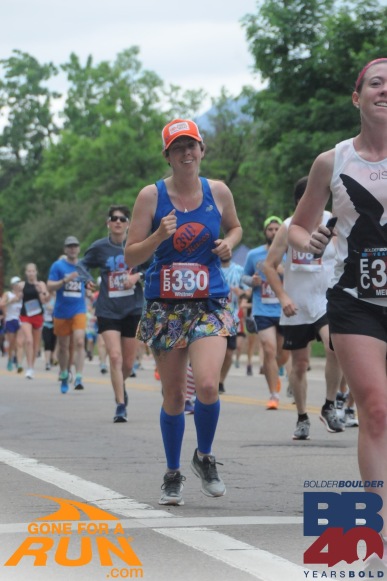 And they capture some terrible photos of me

-I help a friend with a course test run of a Beer Chase Relay coming to Colorado in June 2019! 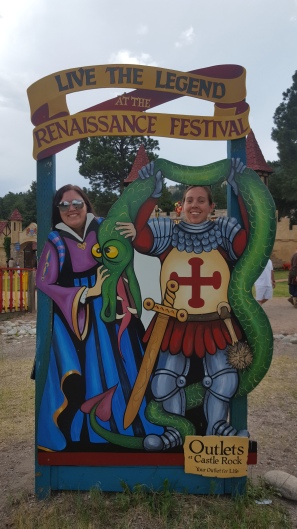 – I visit Philly for a Run Sign Up (running races registration platform) conference and I get to see the Liberty Bell and eat a real Philly Cheese Steak! 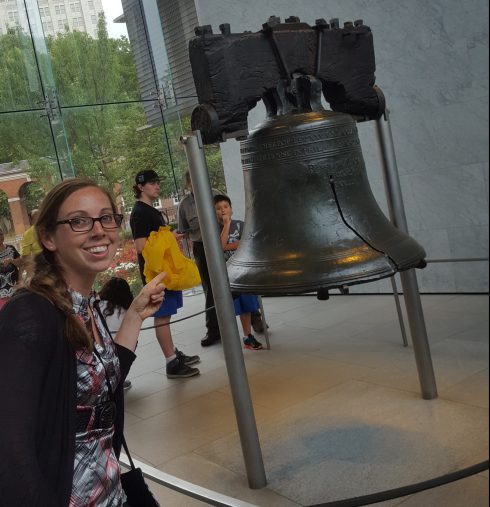 -Up to Winter Park for Cross Country camp. 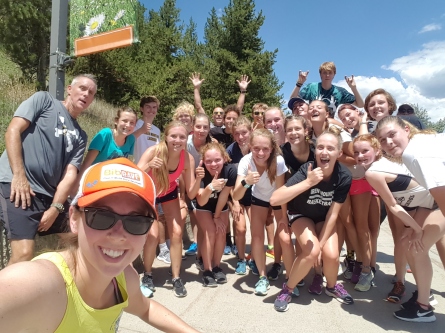 August
-Cross Country season officially starts!
-A lot of work this month. Very exhausting between all my jobs with the start of the season.
-My first Water Relay with XC! (Two teams, one at a time you run down with cups of water. First team to fill a bucket wins!) 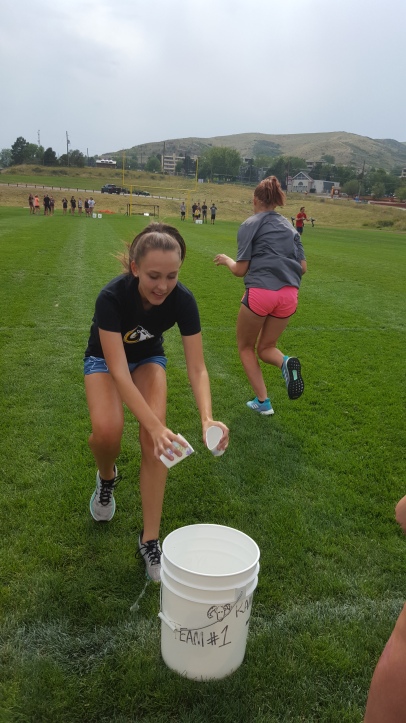 -We move into our new place! YAY! No more moldy, asbestos basement!

-Got in a Hike with Amy

-Went to a Peter Frampton and Steve Miller band concert!

-You should see my planner this month – tons of highlighted things between all my jobs!
-Ran the Race for the Cure with Mom.

-Ran the Fortitude 10k in Fort Collins with my friend Katja (and got to be on TV)!

October
-Cross Country finishes up with State! Our girls team and one boy get to race.

-Golden Chili and Beer Festival
-Golden Haunted Hay Ride! A hayride tour of Golden to all the haunted sites!
-I got to race direct my first TRAIL RACE! That was fun! 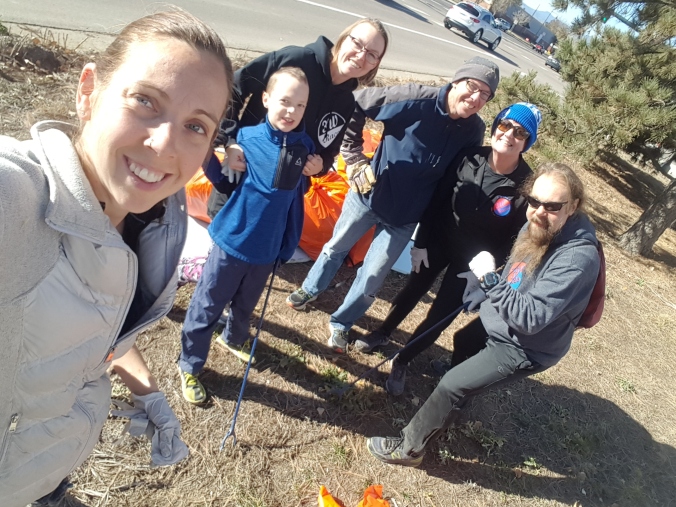 -And Ben and I find out we’re going to be parents (See how I just threw that in there? We’ll see how many people read this far!) 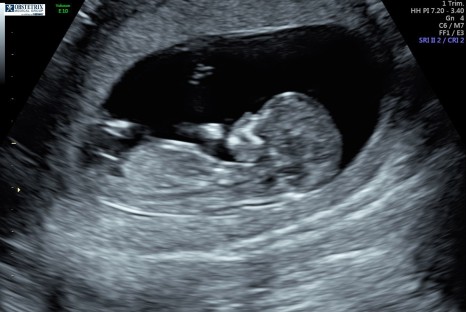 -Got in a hike with Tiff! 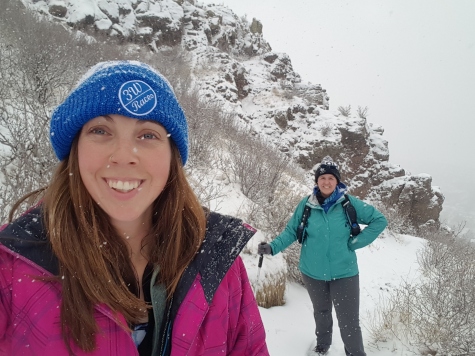 December
-Finally, take a breath and look at the past year.
-Keep working on our construction project of a house.
-We take a mini vacation that ends up being more stressful than relaxing but we visit Mesa Verde and the Sand Dunes.

-And another Silverstein concert to finish up the year!

First day of "summer" running! Great first day! #xc #coacheslife #runninglifestyle
Layton and I had a fun Mommy-son day at the zoo recently! Special thanks to our neighbors for the family membership! He really like the carousel, elephants and looking for Nemo. I of course loved the 🦥
Reposted from @creatingmama2019 Happy Mothers day to all out there in all shapes and form, especially my Mom, Grandma, mom-in-law, and sisters in law! What better day to start posting again on this blog/Instagram.
We're back home safe and sound! Last photo dump from our Alaskan adventure! Layton and I did a dog sled tour and learned all about the idirod! So fun! Definitely a bucket list item checked off!
On one of Ben's easier climbing days, we got to hike and watch the start of the climb! Layton wanted to follow daddy right up the ice. #iceclimbing #adventureswithtoddlers #hiking
Definitely a highlight of the trip! On Ben's day off from climbing we all drove down to Seward for a wildlife boat tour. We saw bald eagles, sea otters, sea lions, seals, dall goat, and dall's porpoises. And the scenery was incredible! #sewardalaska #alaskaadventure #travelphotography
Both Layton and I really enjoyed the @reindeer_farm_ak ! It was so fun! We got to feed and pet reindeer, moose, alpacas and see so much more! I highly recommend this place even if you don't have kids. #funinalaska #travelingwithkids #visitalaska
The cute, little Alaska zoo! #visitalaska #zooexplorer #travelers
Reflection Lake, Alaska. A short little hike with beautiful views. #alaska #hikingadventures #momlife