In particular, the running community and outdoor/travel industry are in a state of limbo. I know there are many worse things in the world than some races being canceled or people not being able to travel, but you see, my daily life and career ARE the running world and outdoor industry and I would like to share my thoughts on that eventually.

Right now, with the inundation of news like cities shutting down, or how long the quarantine will last, and the recession… it’s just too much right now for me. Not to mention the frustration when I see climbers being rescued, people still getting together and running in groups, people still venturing into the mountains to hike or ski….ugh.

I will organize my thoughts/feelings, but until then, I’m going to share this post I have been working on from Layton and I’s first race together.

I love running with baby Layton! I couldn’t wait for the pediatrician to give the “go-ahead” that he was strong enough for the jogging stroller. We’ve only been on a dozen or so runs together so far but I love watching him look around at all the sights with a big smile on his face while I run! 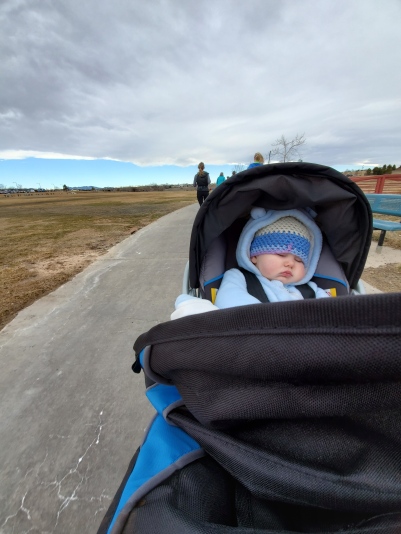 Since his birth, I have been through some ups and downs with running as I get back into it. I did a few races without him postpartum but recently I finally got to race WITH him! I was really excited about this opportunity and declined all offers of babysitting because I wanted to run with him. On Leap Day this year, Layton and I ran our first race together!

With one extra day of the year, I knew I wanted to take advantage of it. Luckily, the company I work for decided to do a Leap Day 5k and I didn’t have to work it. 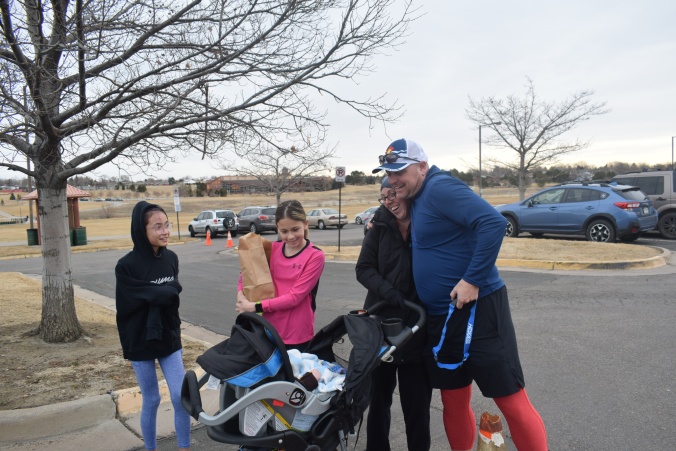 The Event:
Being Leap Day and the fact that it fell on a weekend, 3W Races decided to take the chance and host a one time race. They (we) even offered free entries to anyone born on leap day and it was also filled with a ton of LEAPING activities… like leaping over hay bales on the course, the standing long leap challenge, and the high leap challenge!

It was chip timed, had great sponsors, free photos, and really cute swag (one of the other reasons I wanted to do it!). And I didn’t have to work it!

The Course:
This event was at a new park for 3W Races, Carpenter park in Thornton, CO. This small, cute little park had fantastic views, tons of parking, and was in a great location. However, even though the park was small, the course was actually pretty challenging.

About half a mile into the race, you encountered a steep, packed-gravel hill! While this would still be challenging to the everyday runner, try pushing a stroller up it! There were two other hills on course, though concrete, were still a bear to push the stroller.

I did like the course, even if it was difficult. It was a ballon configuration and I liked the way it wound around the park. On the “balloon” part, you ran really close to the expo area and that’s where the leaping challenge was. Once you got back to the two-way traffic, the “string” part of the balloon configuration, you had to go back down the gravel hill and finish up another hill. 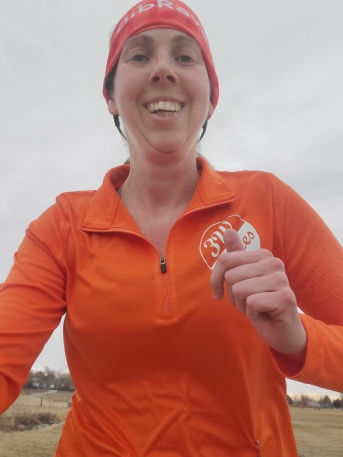 Layton and I’s Race:
It had been a while since I had run (probably since the 408k virtual race), so I wasn’t expecting too much in terms of my performance. I just wanted to run as much as I could (versus walking), finish with Layton and have fun.

We got to the event pretty early because I wanted to allow for extra time if diaper changes or pre-run feedings were needed – this was our first race together after all, and I didn’t know what to expect. Once we grabbed our packet, we headed back to the car to stay warm.

About 20 minutes before race time, we got out of the car and situated the stroller. It wasn’t too cold on race day, but it was windy! Because of this, I decided to keep Layton in his car seat instead of putting him forward-facing in the stroller to keep him warmer while I was running. This meant the stroller was a lot more heavy. I did a little bit of jogging around the parking lot to loosen up and get a feel for the stroller.

Then it was race time! I got in the crowd of runners, me and Layton in the stroller. This was a whole different experience for me. I was near the middle of the crowd and my spatial awareness was way off, as I bumped into a few different people, apologizing as I went.

Once the gun went off, Layton and started into a jog and within half a mile, he was asleep. I, on the other hand, was at the first hill, a steep, gravel, windy thing. I was right next to a friend of mine and she helped push the stroller as we, what felt like, sprinted up the hill.

I had to walk at the top of the hill and after that, I switched between jogging and walking through the rest of the race. When we got to the hay bale hop challenge, I carefully steered Layton between the hay bales while I hopped over and continued on!

It was a hard race for me. Between pushing the stroller and not having run in a while, I was struggling. I finished in 36:15.

Afterward, I hung around the expo and chatted with some friends and then went over to the after-party for my free beer at Periodic Brewing.

Although the Leap Day 5k is the slowest 5k I’ve ever run, it’s definitely one of my most memorable. 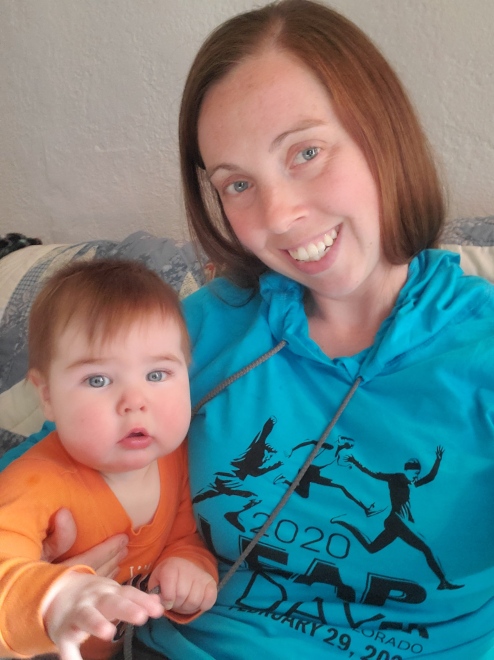