I cannot believe it’s been over a month since I’ve last posted! 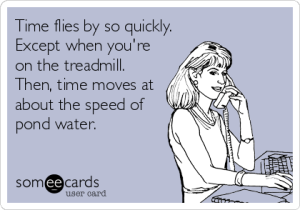 I’ve even gotten a few new followers during that dead time. To those of you, Welcome! I swear, I do actually write a blog. Ideally, I would like to post at least once a week, and if I had time, more often. If you’re new, I write about all things running related: my training, my work (I’m a personal trainer, coach and group ex instructor), race recaps, group runs, places to run (in the Colorado area), book reviews on running, movies on running, traveling (when I do actually get to travel, hence the name “Racing the States”), and the occasional zombie topic (that’s not a joke. I love zombies).

How about right from where I last left off.

My last post was my Bolder Boulder Recap….and so much has happened since that post (or even that race!) The Bolder Boulder actually took place on May 26 and I didn’t post about it until June 9th. Before that, I had updated you on my crazy life circumstances.  You can update yourself HERE if feel so inclined.

Since that month and race, I’ve done so much (running related) things it’s ridiculous. And a lot of non-running related things as well.

The weekend after the Bolder Boulder, I took the Track and Field Level I Coaches Certification class. I thoroughly enjoyed it and learned a lot. Finally, as in yesterday, I sat down and took my test and passed! I am officially a Level I Track & Field Certified Coach!!

Then I did the Ragnar Trail Relay (I actually have MOST of that blog post written, I just haven’t finished the last little bit. You can expect to see that soon).

The weekend after that, I did the Father’s Day  Classic with 3W Races….where I took 3rd overall Female!!! WOOT!

The weekend after THAT, I was the warm-up trainer from the gym I work at for a different local racing company called All-Out Multisport. That was a flop. No one wanted to warm up with me. I kind of expected this because if you are like me, you already have your own warm up routine or you don’t warm up before races. That’s how the running community is. That’s what we do. Their concept of wanting a warm up trainer at all of their events is foreign to me, but I still will do it (as long as I’m working at this gym) because it could possibly open up business opportunities for me.

I also did my first double-digit run for marathon training that weekend (yes, I am marathon training. There’s a few reasons I haven’t written about it; one being that I don’t want to psych myself out about it – and I probably just jinxed myself). I actually had lovely company with a special friend for this sunset run, followed by delicious homemade food and hot tub. A lovely running date, if you ask me! (HINT: If you want to date a runner, this would be a WONDERFUL date idea!)

Olympian, Kara Goucher and myself

I attended a few Run Groups in the last month (the Boulder Running Company Wednesday nights and Bentgate Run Club in Golden Tuesday nights) where I saw Kara Goucher and Scott Jurek speak! I even got to run with Kara ….. for about a block until she passed me! And I spoke with Scott Jurek about his upcoming races and told him that I met him when he wasn’t looking so hot at last year’s Leadville 100 when I was volunteering. I used to own his book, but I had lent it out to a friend and never got it back. I wish I had it for him to sign! DANG IT!

And after that, the next weekend, I ran two races and did a pub crawl. The first race being with 3W, the Neighborhood fun run on saturday. Followed by the Surf’s Up Pub Crawl in Denver where I was one of the group leaders. It was a total blast! Then on Sunday, I randomly decided to run the Heart and Sole 10K in Boulder, CO….where I achieved a new PR (my last one being two years old). Since I am indeed marathon training, I needed more miles, so I found some company to get five more miles in. All followed up by pool party!

Somewhere in there, I got some outdoor climbing in! YAY! Love climbing!

That now brings us to the most recently passed weekend, 4th of July weekend. I spent four days in Snowmass, Colorado working for Kashi at the Wanderlust Festival. If you haven’t heard of Wanderlust, you should definitely check it out. It’s a yoga/outdoor activity/music festival. I mostly worked and didn’t get to participate in any of the yoga stuff, but definitely a fun experience. I got to go hiking, running, and enjoy free concerts all weekend in addition to making money!

And my last, but not least, running related event took place yesterday. I did the Westminster Road Runner Sport’s Adventure Run. It you have one of these in your area, you should definitely check it out! For one, it’s free. Two, simply, it’s a blast! You get a map emailed to you right at race time (or at the event, they hold up a map), and you run to as many check points as you can to get raffle tickets. At the end, you place all your raffle tickets in the bucket and they raffle off tons of prizes! It was a lot of fun, and I got in about 5.25 miles. With stopping at the check points, it was almost like an interval run!

You can expect write ups on each of those events. Duh.

I am still working at Prestige Fitness, but only barely. Being a personal trainer in the summer is hard!! I’m really having trouble establishing a client base. I am working hard at it, but it’s just not paying the bills, hence why I take random jobs like working for Kashi for a weekend.

There’s been a lot going on with that, I’m really re-thinking what I want to do/be when I grow up… and when your boss tells you “to doll yourself up” to sell training, you may re-think being a trainer as well. That elicited a lengthy debate on my Facebook page!

I have a lot of moral dilemmas pushing people hard to spend money on something so expensive, even though a lot of them need the help health wise. There’s got to be a better way! Before I get too involved in that topic, I’ll move on…

I am still at the City of Golden teaching a handful of group exercise classes, and I am hoping to get on board again this year and help coach cross-country.

Other than that, I still pick up random promo gigs (like the Kashi thing), and I’m thinking about other things (like teaching…maybe!) for the future.

Yes, having summers off is persuading the possible teaching career. No joke.

Just kidding! I’m not going to write about that here. You can check out my dating blog for more info on that…..JUST KIDDING, I don’t write a dating blog, but if I did, you would get lots of laughs! I would call it….”Chronicles of: Just how many frogs DO I have to kiss before one turns into a prince!” Is that too long of a title?

What’s up next? This weekend I need to get in a 14-ish mile run at some point, but other than that, I have no official plans! Which is a WONDERFUL feeling, let me tell you! This is a first for a really long time. Maybe I’ll climb, maybe I’ll try SUPing, or maybe I’ll just sleep all weekend!  My next race coming up will be with 3W and its the Prairie Dog Half! Unless I decide to run another random one.

Your turn: What have YOU all been up to??? (I do actually read your blogs, but for those of you that I have yet to discover, let me know)!

Layton and I had a fun Mommy-son day at the zoo recently! Special thanks to our neighbors for the family membership! He really like the carousel, elephants and looking for Nemo. I of course loved the 🦥
Reposted from @creatingmama2019 Happy Mothers day to all out there in all shapes and form, especially my Mom, Grandma, mom-in-law, and sisters in law! What better day to start posting again on this blog/Instagram.
We're back home safe and sound! Last photo dump from our Alaskan adventure! Layton and I did a dog sled tour and learned all about the idirod! So fun! Definitely a bucket list item checked off!
On one of Ben's easier climbing days, we got to hike and watch the start of the climb! Layton wanted to follow daddy right up the ice. #iceclimbing #adventureswithtoddlers #hiking
Definitely a highlight of the trip! On Ben's day off from climbing we all drove down to Seward for a wildlife boat tour. We saw bald eagles, sea otters, sea lions, seals, dall goat, and dall's porpoises. And the scenery was incredible! #sewardalaska #alaskaadventure #travelphotography
Both Layton and I really enjoyed the @reindeer_farm_ak ! It was so fun! We got to feed and pet reindeer, moose, alpacas and see so much more! I highly recommend this place even if you don't have kids. #funinalaska #travelingwithkids #visitalaska
The cute, little Alaska zoo! #visitalaska #zooexplorer #travelers
Reflection Lake, Alaska. A short little hike with beautiful views. #alaska #hikingadventures #momlife
Traveling with a 2 year is tough...but we made it! Alaska is pretty amazing and beautiful during the winter! #alaska #travelingwithkids #toddlerlife